The Barnburgh Male Voice Choir was formed in July 1982 by Michael Bullars and David Bramley (David's on the front row, far right top photograph). Following rehearsals in the Barnburgh Working Mens Club & Institute the Choir held a public “sing-along” in the Manvers Arms in December of the same year, accompanied by Mrs.Elizabeth Cook.

The first public concert was held in Barnburgh Parochial Hall in February 1983.

Over the years the choir has taken part in numerous music festivals with a great deal of success. We have raised money for various charities including The Royal National Institute for The Blind, The Scarborough Life Boat Institute and the NSPCC.

The choir sings for pleasure and has a wide and varied repertoire, including songs from the shows, past and present, such as Paint Your Wagon and Les Miserables, many popular songs from throughout the 20th Century such as American Trilogy and Bridge over Troubled Water, as well as a variety of more classical scores.

We perform concerts at various local, and some not-so-local, venues and are available for specific functions eg weddings, anniversaries, etc by request.

We occasionally join forces with other performers, choirs, etc for special concerts. Details can be found under the Events page. The choir meets for rehearsals every Thursday evening at 7.30pm in the Church Hall adjacent to the gates into St Peter’s Church, Barnburgh.

Andris achieved his Bachelor degree at the F. Vitols Latvian Academy of Music, formerly known as the Music Conservatory in Riga, Latvia (1989-1993) specialising in choir and symphony orchestra conducting. After gaining his degree he worked as a musical director, choir and symphony orchestra conductor, taking part in many international choir festivals and tours in Italy, Germany, Norway, Finland, Australia, Canada and the USA, both as a conductor and professional choir member.

Janina is currently Music Director and an organist at St. John the Baptist Church at Dronfield and also offers private piano lessons. Janina also holds the position of Accompanist for Barnburgh Male Voice Choir (Doncaster) and Karla Ladies Choir (Barnsley). As a piano accompanist she has worked with choirs, singers, professional soloists and amateurs of all ages and ability levels and has participated in various concerts and performances all over Yorkshire, Humberside and Derbyshire.

Her love and appreciation for classical music developed at an early age, particularly when she started her musical training as a pupil of Music School in Latvia, and later in college. She studied at the J. Vítols Latvian Academy of Music, formerly the Music Conservatory in Riga, Latvia to obtain her Bachelor Degree in piano and organ.

Subsequently, she worked for many years as a piano teacher and accompanist in Music School and college (Latvia) and has extensive experience in choral accompaniment throughout Europe.

Born and raised in Southport Mandy played the piano for a local ballet school, a professional clown, various amateur dramatic groups and for the Boys Brigade Bible Class on a Sunday morning which was where she met her husband, Mark with whom she has had two, now adult, children.

Resident in Sherburn-in-Elmet for the past 21 years Mandy initially became a school pianist, eventually (via an HLTA qualification) teaching the whole music curriculum at Victoria Primary School in Leeds. She is currently on the organists’ rota for Sherburn & Micklefield churches and is also the Deputy Accompanist for Featherstone Male Voice Choir.

If you would like the Choir to sing at your event, please use 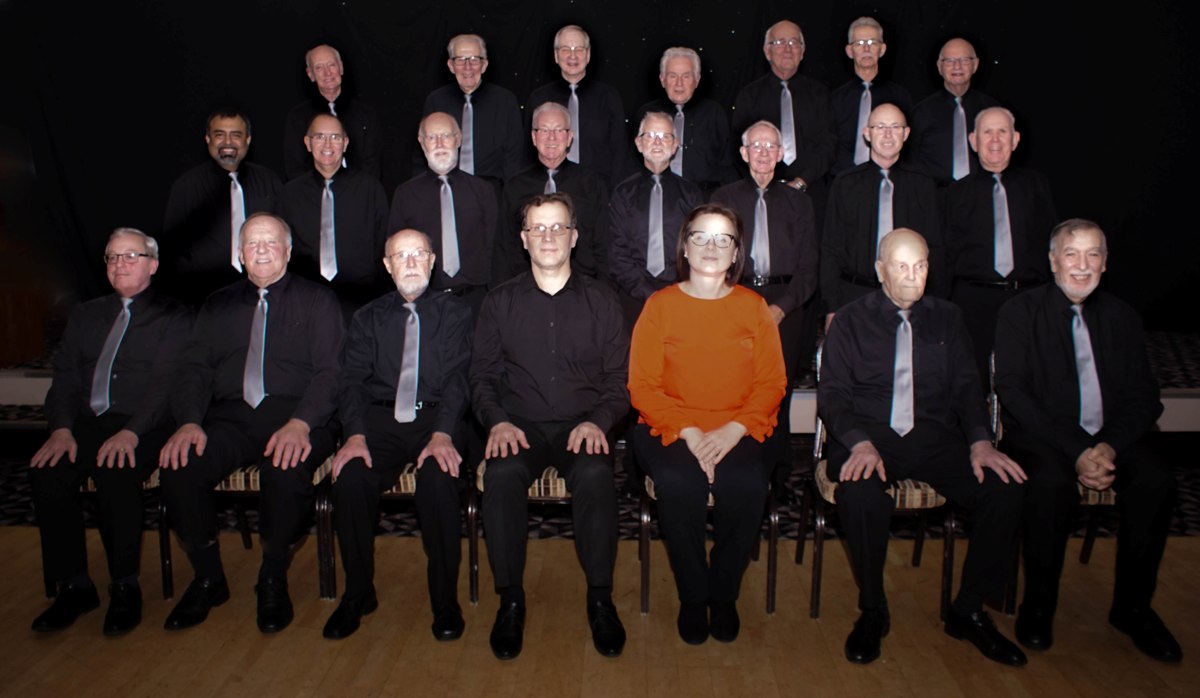 Previous incarnations of the Choir, dates unknown.
If you can provide any information about these photographs
please let us know via the Contact Us page. Thank you. 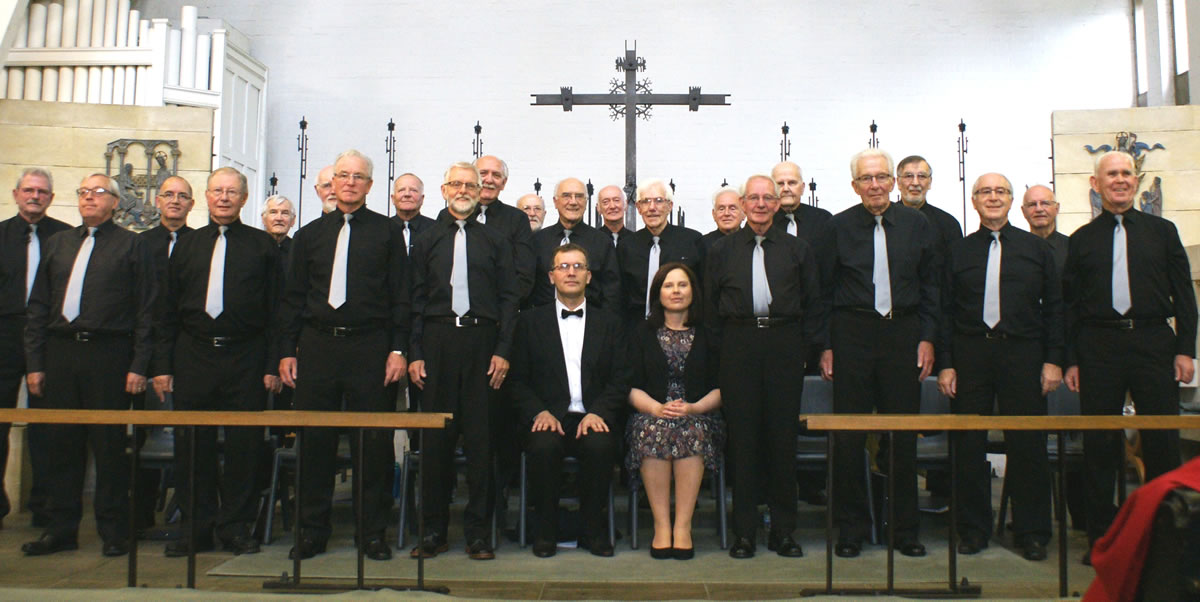 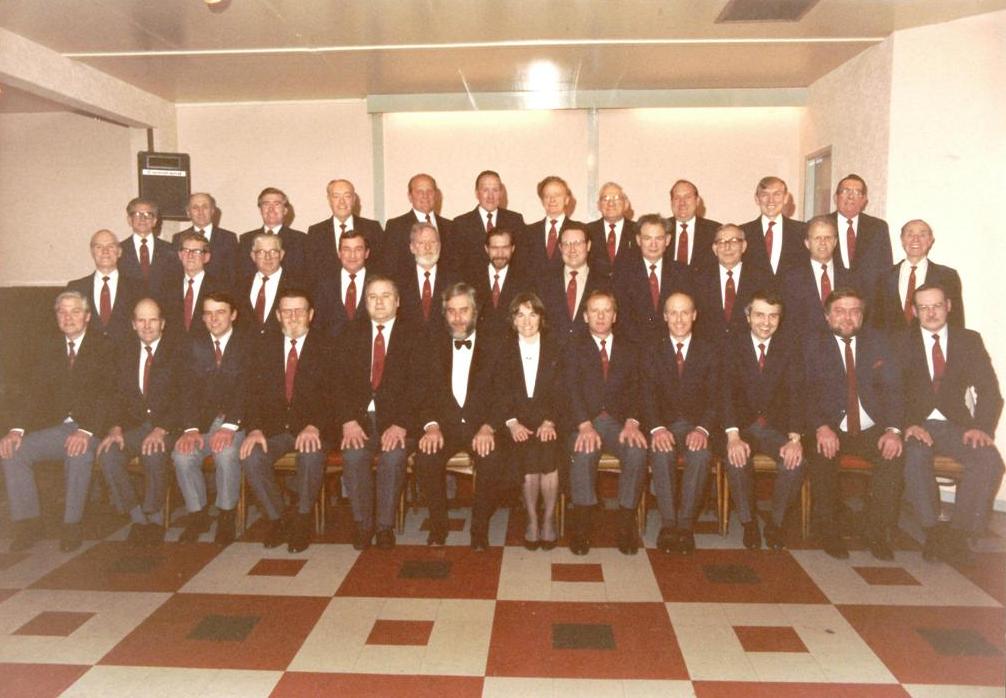 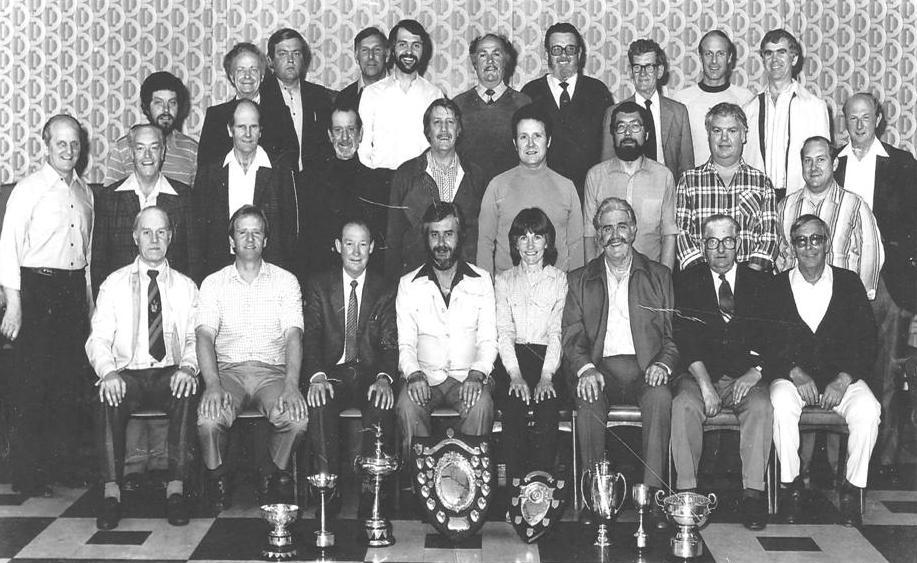 Please fill in the short form below for any enquiries.